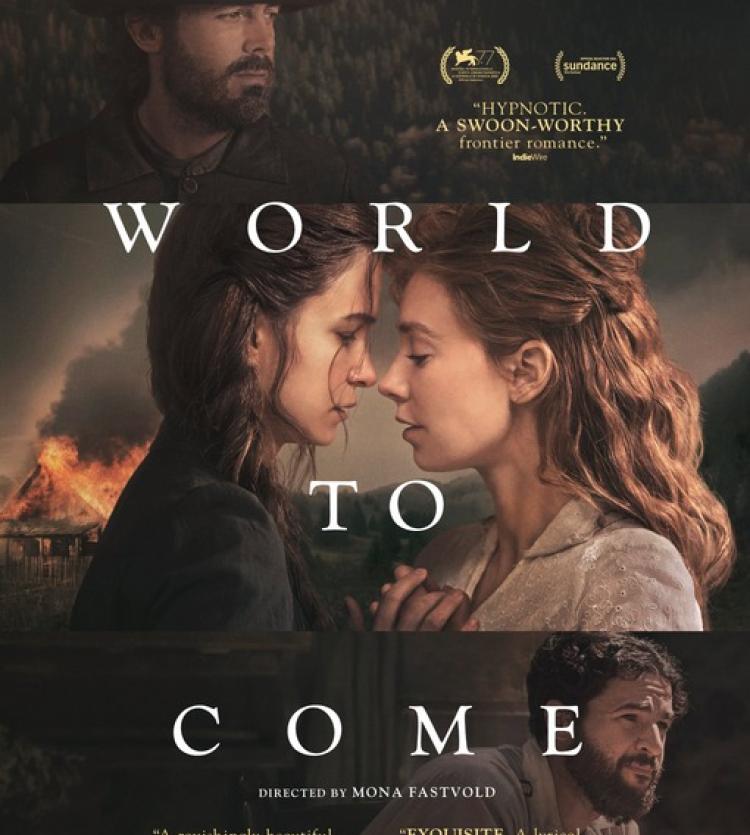 In this frontier romance framed by the four seasons and set against the backdrop of rugged terrain, Abigail (Katherine Waterston), a farmer’s wife, and her new neighbor Tallie (Vanessa Kirby) find themselves powerfully, irrevocably drawn to each other. As grieving Abigail tends to the needs of her taciturn husband Dyer (Casey Affleck) and Tallie bristles at the jealous control of her husband Finney (Christopher Abbot), both women are illuminated and liberated by  their  intense bond, filling a void in their lives they never knew existed. Director Mona Fastvold (The Sleepwalker, co-writer of CHILDHOOD OF A LEADER and VOX LUX) examines the interior lives of two women resisting constraints, giving voice to their experiences.  Scripted by Jim Shepard and Ron Hansen (The Assassination of Jesse James by the Coward Robert Ford), THE WORLD TO COME explores how isolation is overcome by the power of imagination and human connection.

‘The World to Come’ Review: A Lyrical Exploration of Female Desire in 19th-Century America

‘The World To Come’: Reviews

Venice Film Festival 2020: The Best Movies According To The Critics